What Would it be Like to Interview at the White House? 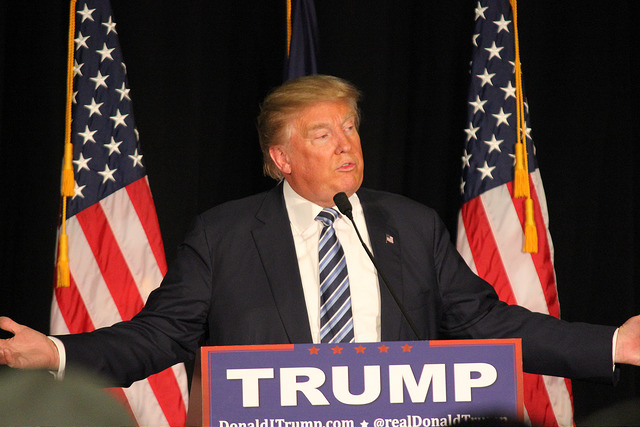 President Donald Trump cannot seem to keep good help in the White House. As of March 2018, more than 20 people have left their jobs in his administration, which is barely a year old. Perhaps this has something to do with Trump's hiring practices or job interview questions. Take a look at what you might have to go through when it comes to answering interview questions at 1600 Pennsylvania Avenue.

1. Where Do You Plan to Be in Five Years?

This standard job interview question lets an employer gauge someone's ambition. You might respond with something about a promotion, becoming a manager or moving to another city in a branch office. Knowing what you want in five years also means you plan ahead and set goals.

2. Why Are You Leaving Your Current Position?

A job interview question like this tells your future employer how you handle a possible negative situation. Try not to disparage your former co-workers, previous supervisor or the work environment there. Come across as someone who wants to work for a new company as opposed to a person who is fleeing a bad one.

A Trump-approved answer might work with the exact opposite tactic. The president adores slamming other people, even ones in his own cabinet and his own staff. Slamming someone else wins brownie points in Trump's eyes.

3. Tell Me About Yourself

A normal response to this query in a job interview entails talking about your accomplishments, any job-related passions and possible hobbies that enhance your professional skills. The idea here is to tie your skills into the company culture to see if you're a perfect fit. Steer clear of personal interests and overly flattering remarks about your personality.

A Trump-like answer focuses solely on your best attributes, including your highest accomplishments. Even talk about your failures that turned out to be successful. Talk about Trump's great hair as well, because he loves flattery.

4. What Value Do You Place on Data-Driven Metrics?

Prove you value analytics and data by saying how you increased the effectiveness at a previous employer by relying on computer-based models. Companies need to tap into technology to measure KPIs, and that drives profits and success.

Trump, on the other hand, seems to ignore facts and go with emotions. You can eschew this question and talk about how much you love doing something regardless of the empirical evidence supporting the opposite.

5. Do You See Social Media as an Effective Communication Tool?

During a job interview, show how you leveraged social media during your job search or at some point in the past. Research the company's use of social media before the interview to prepare for this question.

Trump, of course, loves Twitter. He calls all other news "fake" and his only truth comes from him. In fact, you might consider having your entire interview with Trump on Twitter.

Now you know the differences between a normal job interview and an interview for a position with President Trump. How would you respond to the eccentricities of Trump in an interview?