Two Ways to Get the Communication Job You Want 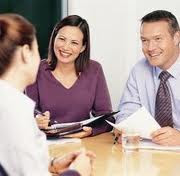 I was talking with a friend the other day who had been laid off from his past communications job about two years ago. He collected unemployment as long as he could, and when that ran out he worked a few manual labor jobs. He would like to get back into a communications job similar to the one he had before he was downsized. It has been so long, that now, he is under the impression that there are no jobs like the one he had. If there were, he feels he is too old and does not possess enough computer skills to be hired.

At that point in the conversation I told him something I knew for a fact. That is, there are plenty of companies out there that needed someone just like him. The problem was that he had to upgrade his computer skills and then seek out the company at which he would want to work. One thing was certain. These companies were not going to come looking for him.

I went on to use the analogy of scuba diving. Scuba divers can go diving in tropical waters where a whole different world of bright, exotic and beautiful fish exist. The different species that exist in tropical waters are the kind of fish most people would never know exist. Despite people’s awareness levels, the fish do exist. There are millions and millions of them where people just don’t know where to look. If they did know where to look, they would have to receive the right scuba diving training so they could go below the surface of the ocean to see and experience the tropical fish firsthand.

Now, back to my friend. The different kinds of communications jobs that he was looking for do exist. If necessary, he just needs to upgrade his skill sets, and know where to look for the specific kind of communication job that would be a good fit for him.

In order for him to know where to look for the specific job he wants, he would probably need some help from others. What I am talking about is having contacts within organizations and companies that could serve as a lightning rod for his job search. These individuals could be a key contact within the organization where they work. By utilizing these people contacts, he could be introduced to the person(s) responsible for doing the hiring at their respective organization. By using their reference power, he could gain a tremendous advantage over job seekers who were merely emailing their resumes to that company.

So, to find the communications job of your dreams, remember to upgrade you skills and use your contacts who work the kind of organization where you would like to be employed.
Have you found that you need to upgrade your skills in order to find a job? Let me know in the comments.

Tom Borg is a consultant in leadership management, team building and customer service. Please see more of his blogs at: CommunicationsJobsBlog.net and businessworkforceblog.com. To view additional job postings go to Nexxt