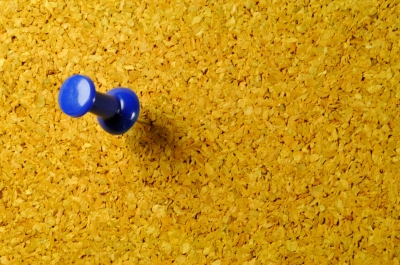 At the end of 2013, Pinterest rolled out a feature called promoted pins, which gave advertisers a chance to stand out in a crowded marketplace. This free feature is now becoming a part of Pinterest advertising, which could generate as much as $500 million in revenue in 2014. If your company plans to use Pinterest as part of its advertising strategy, you must understand the platform and know how to create pins that get attention.

One of the biggest benefits of advertising on Pinterest is the social channel's high level of engagement. Pinterest users spend up to fifteen minutes per day on the site, giving advertisers more opportunities to connect with people in their target audiences. The promoted pins feature is another good reason to use Pinterest advertising. Promoted pins make it possible to get your advertising messages in front of users who don't follow your company's Pinterest account, helping you attract new customers and grow your audience.

Advertising on Pinterest is especially useful for e-commerce businesses, especially if you have beautiful or inspiring images of the items you sell. Pinterest representatives caution against bombarding users with nothing but images of your own products, however. Make the most of Pinterest advertising by creating several themed boards and using each one to showcase different product categories. Pinterest also encourages business owners to share images of the things that inspired their favorite products. If a trip to an exotic locale inspired the design of one of your company's most popular products, post photos of the destination to show users what inspired the product's texture or color scheme.

Before you can use Pinterest advertising to your advantage, you must understand the social channel's audience demographics. If you're advertising toys, children's clothing, or baby items, it's good to know that mothers are 61 percent more likely than any other group to use this network. Nearly 80 percent of Pinterest users are female, so it's a great place to advertise women's clothing and accessories as well as other products that might appeal to this demographic. Pinterest is also a good place to reach people with higher levels of disposable income. A mere 8 percent of Pinterest users report incomes of $0 to $24,999, but 34 percent of users earn between $50,000 and $74,999 per year.

Pinterest advertising has the potential to help you grow your brand and attract new customers to your business. If you plan to use Pinterest to promote your company's products and services, you must understand the site's audience and use detailed images that capture attention. Pinterest advertising promises to be especially helpful to advertisers who are promoting products aimed at women between the ages of twenty-five and fifty-four. If you've been struggling to reach people in your target market, try advertising your products and services on Pinterest.