Listen Up, These Advertising Fads are Over 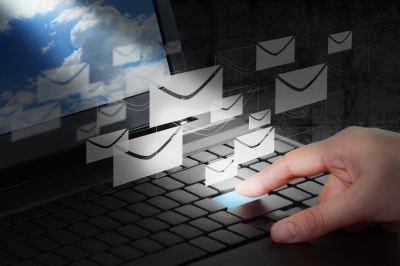 Advertising trends come and go, and spotting the end of a fad can be challenging even for experienced advertisers. Many advertising trends are marketed as the way of the future, and some can see results for quite some time before they begin to lose their effectiveness. Others truly take the form of fads, appearing quickly and gaining prominence in a short time before fading away equally quickly. When advertising fads end, companies still publishing ads using those methods can find themselves scrambling to come up with new concepts to replace the old.

In the early days of the Internet, ads appeared less frequently on informational sites and weren't directed specifically at the audience. Email marketing advertising campaigns sprung up, allowing many advertisers to use methods similar to real-world bulk mail to get their messages across. This fad dwindled over time, and today, companies using email marketing can potentially run across antispam legislation created by governments to help decrease the number of commercial emails online users receive. Email marketing is now relegated to opt-in newsletters and occasional coupon deliveries, which may have far less return on investment, and the fad of massive outbound email campaigns is over.

One fad that died almost as quickly as it began was the creation of social media accounts to hype new products and services. Paid word-of-mouth marketing has always been one of the most dangerous advertising trends, as endorsements that don't immediately specify whether or not they were bought are always suspect. As social media outlets grew in both influence and size, advertisers turned increasingly to spreading their messages via word of mouth. A new phrase was created, astroturfing, to identify the practice of paying for endorsements and positive reviews. While it still occurs on some level today, this is one of the advertising trends that can have serious repercussions for those who are caught doing it. The fad is well over and has evolved into an online faux pas.

Professional advertisers can learn much from the fad of static ads on social media. The social media world is a place of great engagement, and advertising trends rise and fall quickly when every voice can influence hundreds, if not thousands, of friends and followers. Static ad campaigns, using advertisements similar to those found on many search engines, were a favorite of many social media outlets at the start. The novelty of social media itself made the use of static ads forgivable, but in today's world, the same level of interaction that makes social media hot makes static ads a passing fad. Those using social media advertising campaigns need to ensure that their ads are as engaging and socially attuned as the platforms they're utilizing.

The rapid evolution of online platforms for advertisers makes it difficult to determine which trends will last and which are just passing fads. Many advertising trends appear to have an exceptionally long lifespan, but they may be derailed by a single misstep and community backlash. Understanding the difference between long-term trends and short-term fads can help your company and clients effectively deliver marketing messages.