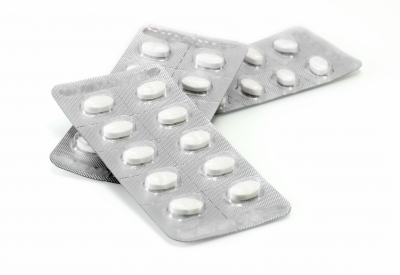 In November 2013, Johnson & Johnson agreed to pay a $2.2 billion settlement in a lawsuit regarding false advertising in the marketing of the drug Risperdal. The case caught the attention of advertising professionals everywhere, as it indicated the potential serious consequences of illegal marketing tactics. Whether you're working for a large corporation or a small, independent operation, the Johnson & Johnson case is an important lesson in why it's important to use above-board tactics.

The issues in focus during the Johnson & Johnson case began in 1999, when the company released the drug Risperdal, which was developed as an antipsychotic and antiseizure drug. The drug was originally intended and tested to treat schizophrenic patients, and it received FDA approval for that use. Though Johnson & Johnson made multiple attempts to get the drug certified for use with older adults who suffered from dementia, the FDA rejected each attempt.

Despite the lack of FDA approval, the case asserted that Johnson & Johnson used false advertising tactics to promote the drug to facilities that care for the elderly. According to federal officials, Johnson & Johnson actively marketed Risperdal to geriatric audiences. In particular, officials asserted that the company's ElderCare sales professionals targeted healthcare professionals who cared for older patients.

According to the opposition, Johnson & Johnson made a number of false advertising claims, including the assertion that Risperdal was ideal for older patients with dementia. Instead of stating that the drug only had FDA approval for the treatment of schizophrenia, the company focused on its supposed ability to reduce the often impulsive and hostile behavior of dementia patients.

For advertising professionals, the Johnson & Johnson case is an important lesson in false advertising. Officials pursued the case for more than a decade, seeking to find information to support its claims before taking it to trial. According to a recent story from the Washington Post, investigators outfitted a Johnson & Johnson executive with a wire at a company sales conference in 2004, a method of intelligence gathering that is difficult to detect by company officials. This underscores the importance of conducting consumer advertising business above board at all times—even at events intended solely for company representatives.

With the help of multiple whistleblowers, federal investigators gathered enough information to take the false advertising case to court. As part of the settlement, the company accepted accountability for misrepresentation in the consumer advertising of Risperdal and paid out $2.2 billion.

The Risperdal settlement represents the potential high costs of false advertising for all types of businesses. By staying on top of corporate responsibilities, advertising professionals can protect their companies and avoid potentially damaging actions.