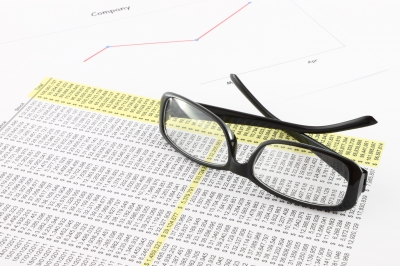 Advertising technology has been moving extremely quickly recently, and it seems it's about to take yet another new step. The idea of a set of glasses that tracks eye movements to see what you're looking at seems incredible, and until recently only existed in the minds of science fiction writers. However, Google has already applied for a patent that claims to do exactly that, and its plan is to charge advertisers for every time a person glances at an advert.

This technology appears to be based on fairly advanced systems that already exist; Google has merely taken existing technology and applied its wand to it to reduce costs and deliver outstanding reliability. The device could even be added to Google Glass to create a gaze tracking technology that could be worn by anyone.

So how does this revolutionize advertising technology? Google Glass could easily be used to identify adverts using set parameters; alternatively, billboards and other adverts could be impregnated with a special dye that Google Glass recognizes. Each time a Glass user looks at the advert, the advertising company could be charged. Potentially, the use of GPS or codes could even identify exactly which billboard was seen, allowing a picture of the most valuable spots for billboards to be built up. This is the sort of big data that fuels advanced advertising technology, and adding in the Field Trip app and similar apps will allow advertisers to have a field day.

This form of advertising technology even claims to be able to identify the emotional state of the user by measuring pupil dilation, although it's easy to see how this could produce inaccurate results. It would give advertisers a baseline to work with, however, when they are checking to see if the advert is producing the desired effect.

Naturally there are privacy concerns; however, people voluntarily commit huge amounts of highly personal data to Facebook, Twitter, and other social media these days, which means these concerns will likely be ignored. Google has already noted that personal data will not be sent on to advertisers; the data sent will be limited to anonymous analytics, although this still raises the question of exactly which data will be sent. In addition, users should be able to opt in or out of this form of advertising technology; if they couldn't, a hack would likely become available very quickly that enabled the choice to be made.

Of course, just because a company can do this doesn't mean that it will, and Google attempts to be ethical with its mantra of do no evil. However, if the technology is developed, it's only a matter of time before someone decides there is a market for it, particularly when the patent goes off license. The march of progress is a hard one to halt, and advertising technology is no different.