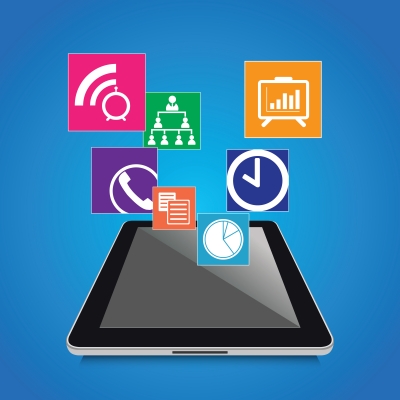 Flat design has been one of the hottest trends in Web-based graphics for quite a while now, but lately the style seems to be taking off among professional designers in the advertising industry. It isn't hard to see why that is. The warm, friendly colors and large, simple elements characteristic of the style first evolved out of the need mobile Web designers perceived for more user-friendly interfaces for applications running on touchscreen devices. The style that developed from this effort has been dubbed "flat design" for its emphasis on simplicity, shadow-free pastels, and privileging of text over images. Unsurprisingly, the style's simplicity and clarity have been a good fit for graphic artists who work in advertising and find themselves fighting for attention in a crowded environment. The style's crossover success isn't unqualified, however, and there are some things you should consider before making the investment in this trendy new look for your ads.

The first thing to consider is the very trendiness that makes flat design such a hot commodity now. While Apple and other fashion-forward tech companies have been quick to jump on the bandwagon, more conservative clients might be turned away by swirls and buttons against a red ocher field. Certain industries, such as finance, might find the modernity of flat design undesirable. After all, "here today, gone tomorrow" hasn't traditionally been the preferred message of banks and insurance companies.

Another potential drawback of using flat design in the advertising industry is the characteristic simplicity of the patterns used. A company that wants its public perception to be one of precision and care, such as a high-end watch or car manufacturer, might resent the casual attitude a simple design implies. While advertising professionals know how much work goes into such apparent simplicity, a two-tone backdrop with an abstract swirl might not accurately convey an image of carefulness or attention to detail.

Finally, you'd be wise to avoid such a modern design wave if you're aiming at long-term branding. Flat design has come into existence just within the last few years, and already it's showing signs of developing beyond its simple roots. Designers who specialize in the style are already experimenting with adding a most un-flat long-shadow motif to their work. Investing heavily in advertisements pinned to a trend that's already morphing into new forms might be fine for a single run of commercials, but for a large-scale whole-company makeover, it's a good idea to remember how the text and graphic choices of the 1960s lasted without having to be redesigned.

Flat design is a new and exciting wave in advertising, but it isn't without its drawbacks. The very simplicity that is its hallmark can set the wrong tone for a client who's looking for something more elaborate and ornate. Its characteristic elements were designed in response to the needs of touchscreen users as opposed to advertising consumers; remember that the style is very new and might well prove as ephemeral as the Pet Rock fad of the 1970s.