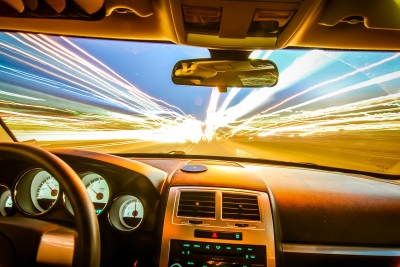 The recent recession's negative impact on auto sales began in America and subsequently ricocheted around the world. Today, the US auto industry is on the path to recovery again—at least in it's homeland. However, export sales continue to suffer as the European economic decline worsens. To combat weakened overseas commerce and gain ground lost during the Great Recession, American vehicle manufacturers have begun an enthusiastic advertisement drive, intended to woo its US customers away from aging vehicles and into 2014 models.

Here in America, the worst of the economic downturn has passed. However—like many an economic disaster—the depression has spread internationally, toppling markets like dominos in the process. At the present time, both onshore vehicle sales and exports are very weak in Europe—and industry pundits predict that they will decline even further before recovering.

With that in mind, advertisers working for the US auto industry have taken the metaphorical bull by the horns and turned their attention squarely on unsuspecting citizens at home. Many shoppers skipped new car purchases during the recession: jobs were scarce, layoffs frequently led to unexpected unemployment, and consumer uncertainly became widespread. Now, however, spending is on the increase—and the auto industry intends to make itself an attractive prospect.

Recently, several innovative new concept cars took a turn on the auto industry catwalk at the Frankfurt Auto Show. The BMW i8, for example, is as sporty as the rest of the cars in its manufacturer's repertoire; however, it's a hybrid plug-in model—and it goes from zero to 62 mph in a staggering 4.5 seconds. The electric Volkswagen e-Golf, on the other hand, can travel almost 120 miles on a single charge. At current exchange rates, traveling 62 miles in the car will cost its driver about $4.40.

Lately, the auto industry has also been getting extra attention for another reason—driverless cars. Consumer-ready autonomic vehicles were an engineering dream until recently: now, however, several auto industry giants—including Nissan, Mercedes, and Cadillac—plan to offer driverless vehicles to customers by 2020.

Media exposure isn't the only publicity tactic currently being put to the test by the auto industry. Many car manufacturers have allocated a greater proportion of their advertising budgets to online ads, particularly on social media sites like Facebook. According to recent studies, consumers seem to trust auto advertisements more if they appear in a place they feel comfortable in; social media is ideally suited to this principle.

Vehicle manufacturer plan to take digital media promotion techniques even further. Auto advertisements will be shown between levels on some versions of Angry Birds Star Wars and Words With Friends, placing 2014 products in front of an even greater consumer base, which will likely benefit sales figures in the coming year.

Mutual advertising principles can also be effective and fun. In August 2013, reports emerged of Yuma-based attorney John Minore's innovative use of a Ford armored truck as an advertising technique became widespread. Minore parks the vehicle, a modified 1984 F-350 truck, in the parking lot of his business each day. The truck, which was originally altered for SWAT use, is just one example of the curious—and mutually beneficial—relationships that exist between the auto industry and other businesses. It certainly underscores the company's truck tag line, "Built Ford Tough."

As well as digital media outlets like Facebook and other social sites, automakers plan to up the ante on traditional types of advertising, such as billboards, printed ads, and mail-outs. This double-sided approach ensures that both younger generations and baby boomers receive ample attention. The auto industry may not be quite back to normal yet, but it's pulling out every innovative promotional stop in an effort to get there as quickly as possible.